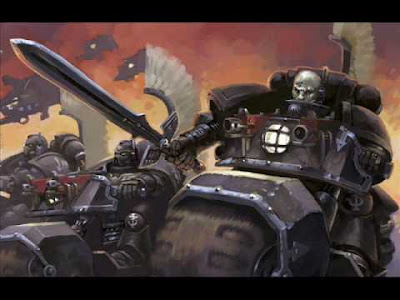 Finally got the second game played a few weeks ago with my friend Joel. This time we picked a basic mission from the rule book and went for it with a slightly bigger point game. Joel's army was essentially the same but with a few extra marines and bikes, while I upped some squad sizes and included a couple fortifications to round out the points.

It was quite a brutal game. Where as last time Joel was learning the rules, this time he had a much better grasp of things and it showed. His army was a lot faster going forward this time and I found myself stuck in the usual defensive posture that games with my Genestealer Cult tend to devolve into. The Dark Angels swept across my opponent's side of the table throwing out a lot of firepower although I did manage to awesome shots with both leman russ tanks that eventually brought one down but the other kept flying although crippled.

The Dark Angel bike squads supported by an apothecary were the real bane of my game this time around. Every time I managed to drop one of them, he brought it back on one wound. The marines were in my lines turn 2 and there was little I could do about it. When his terminators arrived I knew I was in trouble. Where Joel was winning initially in the shooting phase he soon started crushing me in combat. Even my genestealers and patriarch were brutally pummeled.

The game ended turn 3 and I hadn't even made it out of my deployment zone really before I was utterly devastated. I had barely any models left and I had to call it. Good game but considering Joel's new arrival into these rules I expected to have a better go of it. 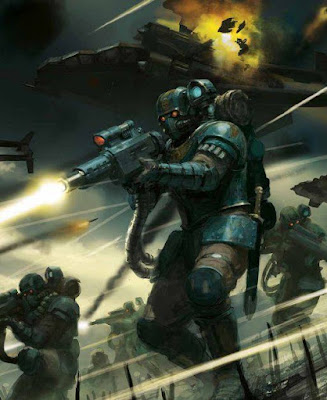