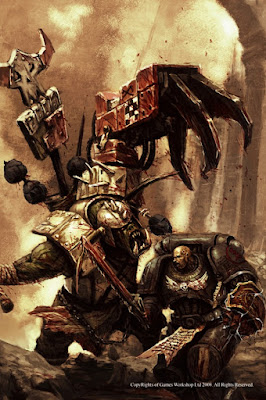 Hi everyone. Long time and no see. Things have been very difficult and awkward both with work, real life and hobbying. This blog just has not crossed my mind until now but I think it is time to get back to blogging about Warhammer and stuff. 2022 seems like a good point to do that and hopefully with Covid getting under control the real world might open up again. But until then this is a little update as to where I am gaming-wise.

With regards to 40K I have been able to get quite a few games in since 9th edition dropped although due to the pandemic it has mostly been the same few people with one or two exceptions. Really looking forward to getting some games against everyone else again. I'm still really enjoying 9th edition and I've had some opportunity to try out the Crusade rules and I may well do a proper post about that in the near future.

The biggest thing this past year has been the opening of a new games shop / cafe in my home town called GamesHub. It's about time we had something like this and it's even better as the local club lost it's regular venue at the start of 2021, although whether the old club will regenerate or just become a part of the new shop is to be seen. Right now though we are starting a 1000 point league in store that will run for several months and I have my first match against Death Guard in a couple weeks. Normally I do well at low points values against Death Guard so fingers crossed I should be able to get a victory early on. I'll detail the league as it gets played in future posts.

The Rift Wardens chapter is growing quite well as during the pandemic I have had a lot of time to paint. There is only three or four small models left to paint until my pile of shame is done. I will try to get that done over the next month or so.

That's basically where I am right now at the start of the year. Time to shake off the cobwebs and the general apathy and get this blog moving again. I look forward to chatting to you all again soon.

Last week saw the new 40K league start at our new gaming venue, GamesHub . It's a single fixed codex at 1000 points but you can change ... 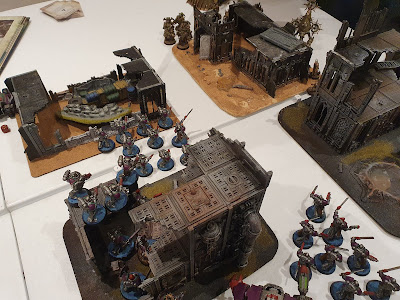