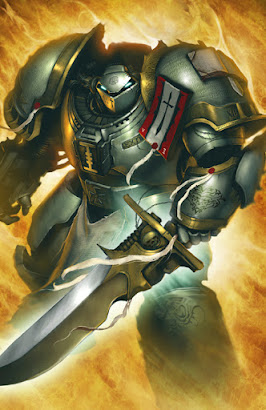 Finally the 9th ed rules had come out and I had my copy of the Indomitus box in hand. Once the models were all built I challenged my friend Gary to a 2000 point game. Try out a higher points limit and see how well it played. The mission rolled was Retrieval Mission so I set awkward objective placements and then built the terrain layout around them to ensure that we had decent initial cover from one another. I picked the table edge that was to be mine but as was pointed out afterwards it may have served me better to claim the opposite side. I was thinking of ease of moving the models around but Gary was probably right.

First turn I focused on shooting as much as I could. I took down one squad and I think inflicted a handful of injuries elsewhere. I specifically moved my units to claim three objectives and to start raising those banners. The problem I had against Gary's Grey Knights was that he had brought a storm talon and a land raider - two units I would be hard pressed to deal with. I presently have no transports for my army so the marines had to advance forward on foot which meant Gary was able to start inflicting a lot casualties.

As the game progressed the Grey Knights took control of their own three objectives and his shooting was a lot more effective than was mine. Although I expected to suffer at the hands of smite spam Gary didn't do much with it and it was in assault that he turned the tables. I don't know if it was a mixture of bad dice rolls or just bad luck, but I was barely able to do anything in assault and he was smashing my poor assault intercessors and my chapter master into fine red mist. Even my poor chapter master with his invulnerable save and 6+ ignore wounds died all to easily.

The Grey Knights were soon pushing me back and once his grand master in dreadknight armour teleporting onto the table I knew I was in real trouble. My primaris lieutenant charged into him with the idea of using hi storm shield to keep his warlord in check and maybe if the dice were with me I might be able to take him down but I couldn't even make a 3+ invulnerable save more than once.

Turn 5 came and my poor space marines were tabled and the Grey Knights had completed their Psychic Ritual. When we counted up the victory points Gary beat me 75 to 53. For a first game of this edition I thought I didn't do too badly as each new rules set is a learning experience. Gary won fair and sqaure but I can't help but feel that my dice let me down a lot of the game. He was always going to win I think but the scores might have been a bit closer. I really need to get myself a couple of Impulsor's so I can get my troops about the table more safely. 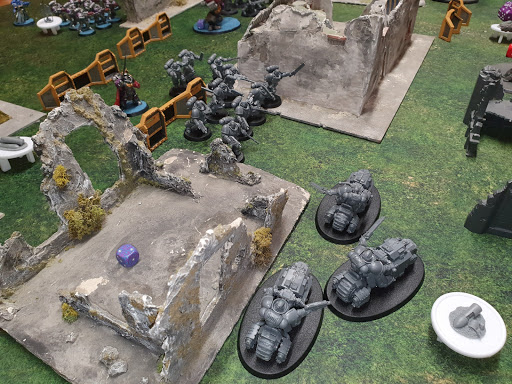 The Rift Wardens move to grab the objectives. 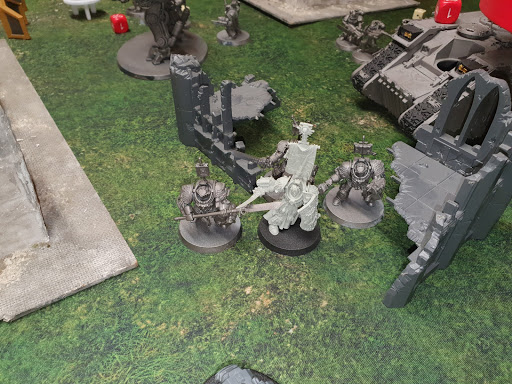 Kaldor Draigo emerges from the Warp to guide his brothers in battle. 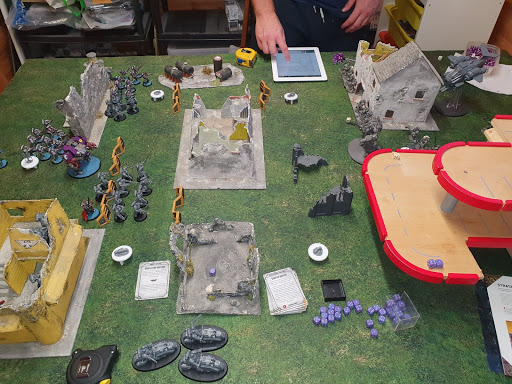 Hi all. Hope you all had a very merry Christmas and a happy new year. Hopefully 2021 will be the year we all get back to normal sooner rath...